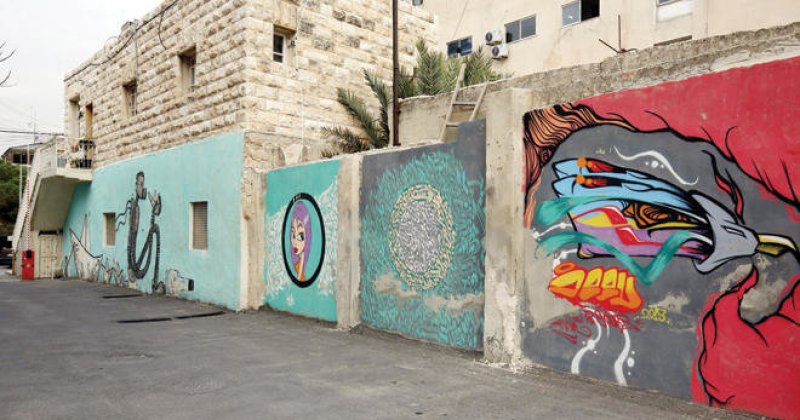 The first of three guests was Ola Eliwat a Jordanian writer who was a student of modern languages. Eliwat initially wrote short stories and articles and began blogging in 2006 during the Lebanese war with Israel. Her blogging covered a range of issues from the anecdotal- writing about a cockroach she encountered in her bedroom- to the political.

Eliwat made the choice to write for an Arab audience and published her first Arabic novel in 2012, titled Qabl Al Safar, “Before the Journey”. The story follows

a young woman in her 30’s, fed up with her country and the status quo. We meet her as she reminisces and considers starting a new life in Dubai

Eliwat says it would have been impossible for a girl from a fairly conservative family to travel, live and work alone in an Arab country, let alone the west. Many told her the story was unrealistic in context of the conservative culture in which it took place.

This year she published her second Arabic novel Rassad, which is centered on supernatural powers and a young Jordanian man’s search for gold. The unemployed fresh graduate joins a team of men who illegally try to dig for gold. A common story for many Jordanians who are forced to take on this pursuit as a economic last resort.

Ola discussed her decision to wear the Headscarf, saying it came about as part of a religious phase in her late teens, and that as she grew older her view of it evolved to becoming part of her identity. To hear Ola’s views on misconceptions of headscarf and the dynamic, evolving and nuanced relationship women have with it listen below.

Finally Samar recalls a conversation overheard in a Jordanian mall’s bathroom, with an older woman advising her younger veiled friend not to apply for high-position jobs with international names. One of many stories pointing to a deep-seeded issue of discrimination in the Jordanian workforce.

The second guest was 20-year-old graffiti artist, Suha Sultan, the first female graffiti artist in Jordan.  For Sultan art has always been a passion, an escape from problems.

In her early days, she painted on a narrow stretch on her building’s rooftop with cheap paint, and then slowly began to work in a more professional way, making sure to buy the proper supplies. In researching for graffiti artists, she encountered no women; she quickly saw the appeal of it being a new medium to the country. Sultan saw an opportunity to break stereotypes as the physicality of the medium made it automatically seen as a man’s work, climbing on ladders and painting buildings. She went on study at the Fine Arts University, but found that the academic framework did not give her work much visibility, she was isolated.

Moving away from using her rooftop Sultan got permission to paint in her building’s garage, however met some trouble from a neighbor who made racist claims that graffiti was an ‘American activity, for black people and or New Yorkers.’

When she applied for a graffiti festival called Baladak (your country), annually hosted by Masrah El Balad. Suha recounts a story of a fellow artist’s calligraphy mandala piece, which enraged a community member; to hear the full story, listen to the full interview below.

The graffiti pieces, which are often completed with the help of volunteers must be somewhat censored in their content; politics, religion or any criticism of the country may land an artist in trouble, and all designs must be run by county members for permission before work can commence on any piece.

Sultan is grateful for her family’s support of her joining the graffiti world despite her fathers initial concern of being the only female amongst thousands of men.

The third and final guest was Lina Khalifa, owner of She Fighter, A self-defense and empowerment studio for women in Amman, Jordan.

Khalifa trained in the practice of taekwondo from a young age she has a black belt and has won around 20 gold medals from competing, it was not something she wanted to pursue, as she obtained a degree in French literature in university.

In response to a friend being attacked by her brother and father, Khalifa put her extensive knowledge and background in taekwondo, kung Fu, boxing and kick boxing to use; she began teaching women self defense in her parents basement.

She fighter is an amalgamation of knowledge from different types of martial arts, it is a new system specialized for women and is comprised of 5 levels of training, both for coaches and students. Beginning with pink, followed by silver black gold and finally the master level.

She Fighter trains approximately 150-200 a month to defend themselves from certain types of violence, and focuses not only on physical training but on psychological training, by providing awareness workshops in schools universities and at the studio. In collaboration with NGO’s they have trained and empowered over 15,000 women.

Many students’ parents do not initially like the idea of girls going to self-empowerment and defense as it is not justified as a normal gym, but the girls persist and Khalifa is able to convince them if necessary.

Her persistence in retuning to training meant her coaches could recommend her to compete both nationally and internationally, she was extremely dedicated until her injury at 22, which meant she could not continue.

‘Its scientific education, its about the anatomy of the human body. No specific physique or previous training is needed it is a matter of where to hit or strike, knowing how to do damage and escape’

Khalifa recounts her own stories of being confronted by male attackers and harassers and how her methods are successful but how it is also important to show restraint in using force until the situation deems it necessary to defend your selves.  To hear Ola and her student’s training success stories listen to the interview below.

Both touring in the region and internationally, she has come to find that people’s acceptance and openness to her work depends on her approach and how concepts are introduced.

Khalifa hopes to be a leader of social change in the world, inspiring many young women and men.

Here is a link to the song we played