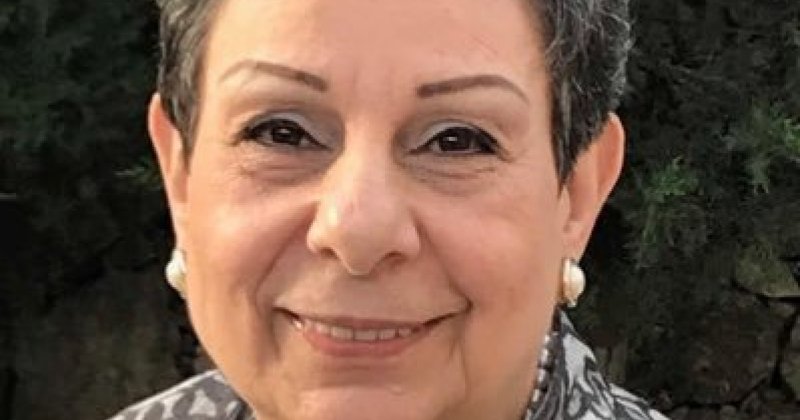 Today Samar and Ahmed talk to Hanan Daoud Mikhael Ashrawi who is a Palestinian leader, legislator, activist, and scholar who served as a member of the Leadership Committee and as an official spokesperson of the Palestinian delegation to the Middle East peace process, beginning with the Madrid Peace Conference of 1991. She is also the author of the book ‘This Side of Peace’.

Samar talks to Ashrawi about the ceasefire that was agreed upon by the Israelis and Palestinians on the 20th of May, 2021 and how it came about. Netanyahu realized that he can no longer proceed with the death and destruction that was carried out by the Israelis, especially with the amount of international pressure he was facing. However, the US official stance was very pro-Israeli, thrice stopping a statement coming out of the security council preventing a resolution from happening. However, American public opinion is starting to shift, including some members of the Democratic party, as people are starting to condemn the attacks in Sheikh Jarrah and in Al Aqsa Mosque. This is putting a lot of pressure on Biden and in turn Netanyahu.

$35 million worth of weapons were about to be transferred from the US to the Israelis during the slaughter of Palestinians in Gaza however the Democrats in congress stood up, spoke up and opposed the deal and stopped it, at least for the time being. The Biden Administration and the Israeli extreme right haven’t gotten off on the right foot, unlike the favorable relationship between Trump and the Israeli far right. Going back to the ceasefire, this is a misleading term, as it is not a war and they are not two armies fighting, the situation is an occupier versus occupied scenario, the most advanced army in the region going against a captive population with nowhere to go or hide who are in a state of self-defense.

Ashrawi then goes on to talk about the spark of the latest conflict which was triggered when the Israeli state activated an ethnic cleansing plan in East Jerusalem in the areas of Sheikh Jarrah, Silwan, Eisawia and others. Palestinians reacted by protesting as they were reminded of what has been happening since 1948. Israeli forces reacted violently to all the protests, they also attacked peaceful worshipers at Al Aqsa Mosque on the last days of Ramadan including, entering the mosques, throwing stun grenades and attacking worshipers inside the house of God and one of the most important Islamic sites in the world. This led to a situation where Hammas and other groups reacted by rockets, giving the conflict a new military dimension. Israeli forces killed over 200 Palestinians, a lot of them harmless women and children. They destroyed infrastructure in Gaza including hospitals, streets, buildings, schools and created unimaginable destruction.

Samar asks Ashrawi about the role of social media and how this generation utilized it to surprise the Israelis and how effective it proved to be to expose the crimes against the Palestinians. Ashrawi believes that social media brought together all Palestinians all over the world and they mobilized together to speak up against the Apartheid system. Israel can no longer carry out their acts of cruelty in the dark; their actions were exposed through social media. As a result, millions in different cities in the US and around the world demonstrated in solidarity to the Palestinians. They managed to capture the imaginations and attention of people all over the world and the main driving force behind that was documentation of the bombing, the deaths and the injuries that were shown in real time on social media. People had access to the truth and that gave the cause momentum giving hope for real change.

Another important point to note is the changing of the rules of the game in US politics. The grassroots movement has influenced US politics in ways not possible before, it has made politicians more courageous, they can now speak up against the Israeli Aparthied systems without fearing the repercussions. Historically speaking up against Israel may have meant the end of your political career, but the story has changed now. In conclusion the rules of politics have changed, the access to information has changed and real progress can now be made when it comes to the Palestinian cause.

Ahmed asks about the concept of ‘Mowing the Lawn’ where every few years the Israelis go into Gaza, bomb the infrastructure, the people with no repercussions. Ashrawi explains that this time they targeted multiple infrastructure, where they targeted roads, water, electricity, fuel systems and homes but they also targeted the economic infrastructure and the industrial infrastructure, including factories. The Israelis basically flattened everything while the Gazans had nowhere to go. Gaza to the Israelis is a place where they can test and experiment their latest weapons and when they sell them to other countries, they can claim that their weapons have been ‘tried and tested’. Gaza is under siege; it's extremely densely populated with 2 million inhabitants and they can bomb them at any time with no escape. This happens every couple of years, the most horrific being in 2014 where they killed thousands of Gazans.

The goal of ‘Mowing the Lawn’ is to ruin progress, to send a message of domination to the Palestinians, and to make them live under constant fear and stress. Israelis would like to tame Hamas and not eliminate them and by Mowing the Lawn every couple of years it keeps Hamas and the Gazan focused only on rebuilding and reconstruction rather than focusing on the resistance and their rights as human beings and citizens of the land.

Ahmed asks Ashrawi about the recent violence and extremism that the Palestinians are facing. Ashrawi believes that this is a result of too much power being exercised by the Israelis combined with the brainwashing of the youth to hate the Palestinians and Arabs as a whole. The result is that based on polls the newer generation is a lot more racist than the older generation. Furthermore, right wing extreme political parties are gaining a lot of control in the Knesset and are creating more extreme and violence and are opposing the more liberal parties forcing them out of politics. When you have so much power and license to do whatever, you want this distorts your own internal moral code which is currently the case with the Israeli people and their politics.

What is the way forward now? The social media and digital element are very important, debunking the myths, finding the truths and spreading them is also essential. Networking with friends and allies while normalizing the issue of Palestine will help create a healthy conversation about the issue. It's important to challenge your representatives and to organize to change policies in your countries and propose legislation that will benefit the Palestinian cause. It's important to also protect people who are speaking the truth and are being attacked for it.