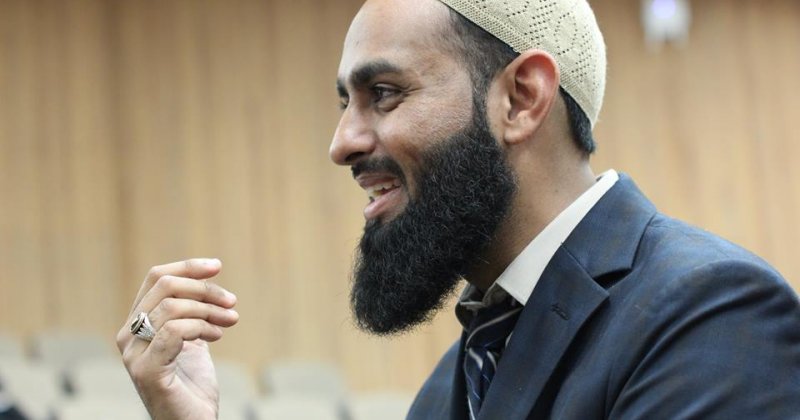 Samar talks to Imam Azhar who aims to grow and develop 21st-century community bonds between Muslims and non-Muslims on both personal and communal levels. Samar asks Imam Azhar about Ramadan and the purpose of it all. Iman Azhar believes fasting is about discipline and amplifying our focus on the soul with spiritual rejuvenation.

Other than the 5 prayers there is a special prayer that happens in Ramadan that consists of 20 units that happens after the Isha prayer called the Taraweeh prayers. During the 30 days the full Quran is reciting during the Taraweeh prayers and the prayers last around 2 hours to end at around 12am here in the US.  This is very challenging for the body since you would have to wake up again for Fajr prayers at 5am, but the soul is being rejuvenated which can compensate for the physical toll that Ramadan can have on the body.

Who fasts and who doesn't? Children before puberty don't, it’s also not mandatory for the sick, neither for people who are travelling. People who are terminally ill for example help feed the poor instead. People who are temporarily ill can make up for it by fasting when they feel better.

Charity is a huge part of Ramadan. Muslims are encouraged to feed the poor who are fasting and are also required to give Zakah which is around 2.5% of a Muslim’s wealth, given on a yearly basis. Giving back is not only important during Ramadan but an all year round occurrence.

When do people start and stop fasting? It has to do with the Lunar cycle (Lunar Calendar). The citing of the moon can be challenging because of the different time zones around the world. Azhar then goes on to talk about his mobile app Imams Quran trek app. It takes years to learn Arabic due to its complexity but the app helps beginners navigate the Quran and Islam in a user friendly and easy way. It's not about teaching the Arabic language, there are exercises that are translated and also available in audio.