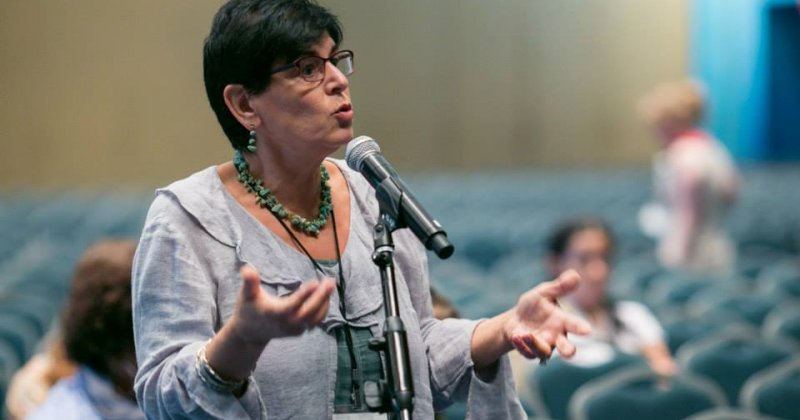 Samar talks to Rabab Abdulhadi a professor at the University of San Francisco about Nawal el Saadawi the Egyptian Feminist who recently passed away. Nawal was not only an Arab Feminist but also a Feminist who influenced global Feminism who was a towering figure when it came to the cause. Nawal was also a controversial figure for her anti Hijab and anti religious stances.

Nawal discussed issues ranging from female circumcision, the adverse repercussions of colonialism, the Palestinian issue and racism. Nawal greatly influenced Rabab through her books. She received a lot of praise when it came to her stance on the Palestinian issue and being very anti colonialist but at the same time received a lot of criticism for representing Feminism in a very Islamophobic way, condemning the Hijab and women who wear the Hijab.

Samar and Rabab delve into the idea of how she was considered a Feminist even though she did not support a woman’s right to be religious or to wear a Hijab if they wish. Rabab concludes that Nawal falls under the basket of ‘Colonial Feminism’ as she frames a woman in a way that satisfies western liberal values. Rabab gives many examples of how she had colonial views and Eurocentric visions that propagate Islamophobia.

Rabab then talks about how Feminist Western interference usually creates more harm than good. She gives an example of a Nigerian woman who gives birth out of wedlock where a lot of locals called for her punishment. When Western Feminist groups interfered with the issue it only made matters worse and they were asked by local Feminist groups to stop interfering and in fact the issue was resolved in favor of the Nigerian woman when the Local Feminism groups were left to resolve it. Usually western Feminist groups create issues that locals have to end up cleaning up instead of actually benefiting local communities.

Going back to Nawal el Saadawi, Rabab knew her and believed that Nawal only believed her own truth. She was not always willing to have the open mind and even consider the opposing arguments. Rabab believes its dangerous to adopt Nawal's views that portray Islam as anti progressive, oppressive and anti-feminist, especially since there are many examples of the opposite throughout history.

On the other hand to conclude Rabab talks about the positive impact that Nawal had on the world. People on social media discussed how Nawal opened their minds regarding many women’s rights issues. Nawal had impacts on feminist theory, women’s issues and she framed the issue of women’s justice as part and parcel of justice for all. She was also insistent on discussing racism and colonialism not just in Egypt and the Arab World but the world as a whole.