Radio Shows / How Does it Feel to Be A Problem and Other Things? 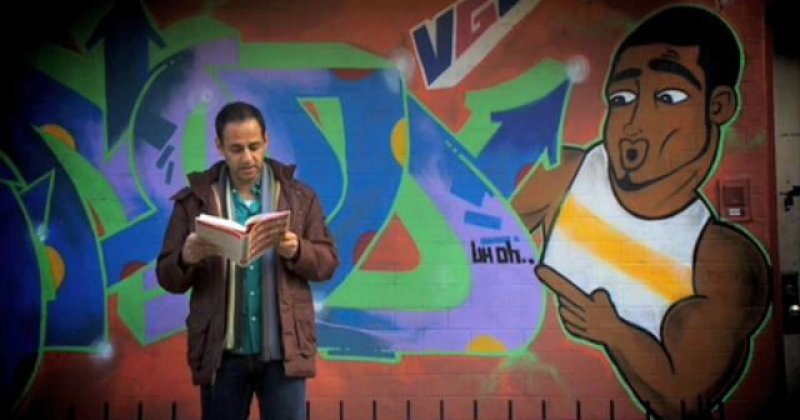 Moustafa Bayoumi is a Professor of English at Brooklyn College in New York. The Swiss-born Canadian writer and teacher moved to the United States in 1990 to study under famed Palestinian writer and thinker Edward Said at Colombia University. Now an American citizen, he is the author of How Does It Feel to Be a Problem?: Being Young and Arab in America , This Muslim American Life: Dispatches from the War on Terror and editor of Midnight on the Mavi Marmara: the Attack on the Gaza Freedom Flotilla and How It Changed the Course of the Israel/Palestine Conflict.

Moustafa chose Brooklyn to depict the characters in his book How Does It Feel to Be a Problem?: Being Young and Arab in America, because it was where he lived and was at the heart of September 11th, and New York’s experience was unique from the rest of the United States. Limiting the geography to one place was Mostafa’s tool to counteract the power of stereotyping which abstracts life from the way it’s lived.

In addition, Brooklyn as a setting was powerful since it is not dominated by one race or ethnicity, because of this diversity it can be looked at as the future of the United States; it is a pluralistic community with a long literary tradition.

To hear the problems Mostafa experienced in America with the book and Brooklyn College where he is currently a Professor, listen below.

Moustafa talked about the problem of Islam being treated as a nationality or race, rather than a religion; it conceals and negates it’s many nuances and it’s geographical and historical diversity. He shared a few examples of this.

The Ahamdiyya faction of Islam, which originated in Pakistan during the time of British colonialism, was lead by Mizra Ghulam Ahmad. These persecuted peoples’ stories are little known, despite their arrival in the United States in the 1920’s and their strong links to the Civil Rights movement.

To hear the influence of Islam on John Coltrane, the American Jazz music movement and other American subcultures, listen below.

Arabs, despite being in America for as long as they have, like Asian Americans, still face otherness and are not seen as American, this could be a result of America still seeing itself as being white and European, explains Mostafa.

Despite the controversies happening today in regards to the matter, American Immigration policies have become much more progressive, initially the only people who were allowed to become citizens of the new nation were free white (and therefore landowning) men.

Part of a now-forgotten history is an Immigration policy based on skin color, where migrants trying to enter America were selected based on the color of their skin, and people had to remove their clothing to prove the lightness of their skin.

To hear more on the 1790’s nationalization law, Chinese exclusion act and more on American immigration policies, listen below.

The main thesis of orientalism Mostafa claims, is that knowledge and power go hand in hand and this is how Europe has worked at colonizing the rest of the world, in particular the Middle East. By learning who they were colonizing they could refine the way they dealt with them and create realities that they were seeking out for themselves.

He sheds light on examples of this, the War on Terror even during the George W. Bush days saw something similar occur. There was an attempt to try to produce knowledge about Iraq before the Iraq war in 2003. In countless cases such as this if they do not find the information they are looking for they produce it themselves; Dick Cheney set up his own investigation to find Weapons of Mass Destruction.

Moustafa explains that the War on Terror is not only stupid but ‘designed to make us stupid’, to make us know less about the parts of the world that the United States is involved with rather than know more about them.