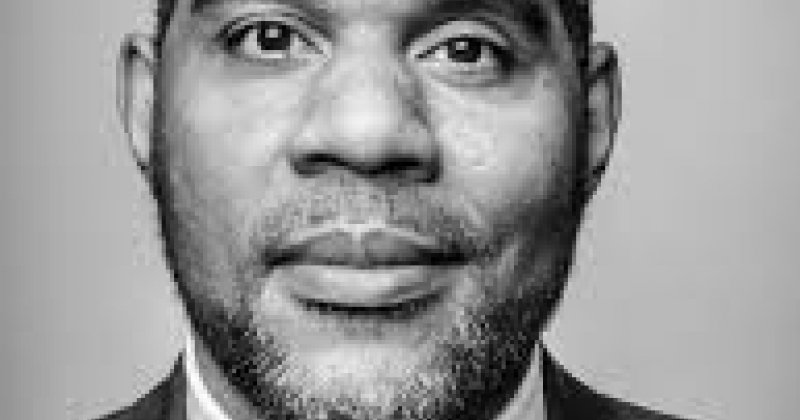 Dawud Walid is the Executive Director of the Michigan chapter of the Council of American Islamic Relations.

Walid speaks to us for Black History Month on celebrating African American heritage, from a Muslim perspective. Walid’s book Centering Black Narrative: Black Muslim Nobles Among the Early Pious Muslims shares that not only did African Americans help build America, Muslims of African decent live in America even before it became a country, historical data shows that approximately 30 percent of Africans brought from West Africa to the shores of America were Muslim, not only from tribes but Shurafaa (descendants of the prophet Muhammad) who were highly literate, scholars, who memorized the Quran and documented their stories in biographical texts written in Arabic. Documentation also points to Muslims of African decent being leaders in slave rebellions that happened in the Americas.

As for Africans who were not highly educated? West African Muslims knew several languages, Muslims came from a civilization of literacy, and Muslim slaves on average were more literate than their European slave masters.

Systematic means of moving Muslims away from Islam existed before what we now know to be Islamophobia, explains Walid. Children of slaves were isolated from their Muslim heritage; they were sold to other plantations and raised by European slave masters as Christians, with no link to their roots.

Walid shared a brief history of the great Malcolm X, the human rights activist who was assassinated in 1965. Malcolm X, born Malcolm Little had highly educated parents who were both leaders in the United Negro Improvement Association, a Black Nationalist organization. Malcolm grew up with a Worldview, which was not Eurocentric. His father sadly was killed in Michigan by Ku Klux Klan members, Malcolm was later imprisoned, where two men introduced him to Nation of Islam and following his release he went to Detroit .

To hear about how the Nation of Islam has changed over time, listen to the full interview below.

Walid spoke to us about his personal religious history. His father attended Nation of Islam, mother was part of the Baptist church, after his parents’ divorce he went with to Virginia his mother, and attended Sunday school. At 15 Walid began to question some of the theological reasoning in Christianity, he soon began to listen to conscious hip-hop in late 80’s, which lead him to reading biography of Malcolm X, followed by reading about the life of prophet Muhammad.

Women and men of color face discrimination two fold. This is the case especially for a Muslim African American woman who wears the hijab, as her faith is more easily identifiable than that of a Muslim man.

Walid spoke about his travels to Senegal Mali and Ghana, maintaining his connection to West Africa is motivated by two reasons. Firstly, these are the places his teachers in Islamic studies are from, as well as to honor his ancestral roots and ties.

To hear about his powerful emotional experience at Elmina slave castle in Ghana, listen below.

Walid then discusses how Trump’s actions have affected West African views on America, with both the Muslim ban, and his now-infamous profane description of African nations. People are trying to now get citizenship to Canada instead; this will undeniably affect immigration and America’s future.  Walid briefly tells us about how the race issue has been playing into American politics in recent years.

To hear the subject of his Friday sermon at the mosque, and hear what Walid advises American Muslims on what they can be doing at this critical moment in history.

Samar then spoke on the issue of gun control following the tragic massacre in Parkland high school, Florida.

Her brother Ali who was with her in the studio discussed an American immigrant’s perspective on owning a gun, and compared his childhood memories at schools in the Arab world to the security and culture now seen in schools in America and the phenomena of school shootings, the restrictions on buying and owning guns in the Arab world

They further discussed the power of the students now leading the dialog on gun control, how they are not affected by politics and big corporations, and how the Arab world is watching the story unfold on social media.