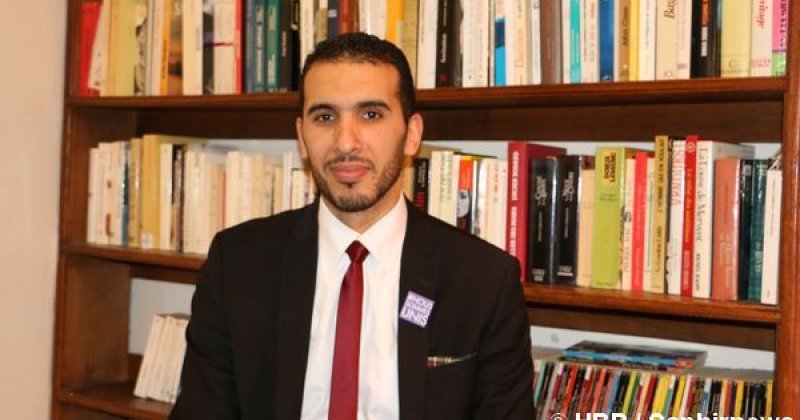 Last month a teacher was tragically beheaded in the suburbs of Paris after showing cartoons of the Prophet Muhammad during a class discussion on freedom of speech. The president of France Emmanual Macron followed up by giving a harsh speech against Muslims and supporting the drawings of the cartoons under the name of ‘Freedom of Speech’. The speech by Macron triggered protests in many countries in the Muslim and Arab world. Samar and Ahmed discuss this highly debated topic with Yasser Louati who is a Tunisian French human rights and civil liberties activist. His work focuses on Islamophobia, national security policies and social justice.

Samar and Ahmed first discuss the reasoning behind the outrage in the Muslim world. Explaining that it is forbidden to visually depict Prophet Muhammad or any other prophet for that matter. Furthermore, what’s more outraging is the fact that attacks by white supremacists in France on Muslims don’t trigger the same reactions by the president of France and the double standards are quite clear. Samar and Ahmed also talk about the idea of Freedom of Speech in the United States compared to France, the red line in the US being you are free to say what you want unless it will trigger widespread chaos.

Samar and Ahmed begin the talk with Yasser who gives a background of the relationship between Macron and Muslims in France. Yasser states that Macron began his re-election campaign with a discourse on Islamic separatism, even though there is no evidence of that. On the other hand Macron refuses to acknowledge the separatism occurring between the elite of France and the rest of the population. Another issue Macron refuses to acknowledge is the racial separatism of white supremacists and their aggression towards the Muslim community in France.  Yasser believes that the anti- Muslim rhetoric is a cover up of the government’s failure to protect its citizens.

Samar then asks Yasser about the long history between France and Muslims in the country in particular North African immigrants. Yasser states that most Muslims in France immigrated from North Africa and Sub-Saharan Africa about three to four generations ago as workers and then as soldiers to free France from the people who collaborated with Nazi invaders. However, France still identifies as a white only country disregarding Muslims, Africans and fail to treat them as equal.

Moving on to the presidency of Macron, he started off as the more liberal and inclusive candidate compared to Marine Le Pen but gradually began to surround himself by secular fundamentalists who pushed him towards Anti-Muslim rhetoric. Yasser believes that in France freedom of speech can be categorized as the freedom to insult Muslims and the double standards are clear giving many examples of that, one of them being the attempt to criminalize the BDS movement.  Another example of the double standards is Dieudonne a French comedian who was sentenced to two months in prison for his comments on the Holocaust.

Finally, Yasser goes on to talk about the source of the hatred of French towards Muslims. He states that it’s linked to the colonization days when France colonized the Muslim world. It began after the French revolution when it was involved in the slave trade and the black code in the West Indies. The modern French republic which was born under Charles De Gaul was born out of the ashes of the colonial history. The slow renewal of the French elite meant that the same racist values were upheld from generation to generation.

To listen to the full show please click here

Listen to the show: